Art: M Reddeppa Naidu ~ The magic of the Mahabharata


(Note: I interviewed Reddeppa Naidu twice ~ once for Indian Express in 1985, then for The Independent in Mumbai in 1990. This piece is a composite of the two sessions.  I haven't been able to source visuals from his Mahabharata series so far, but promise to share them with this piece as soon as they come my way. )

THE MAHABHARATA is open to interpretation by each individual Indian. What does it mean to you? An ageless epic? Classic rock sculptures in ancient caves? A popular television serial? A much-discussed, internationally-cast theatrical presentation? A tale related episodically by your grandmother?

If you were a Madras-based painter named Mopuri Reddeppa Naidu, now 57, the Mahabharata would spell a series of 18 large canvases, one for each parva or canto of the epic, executed between 1972 and 1974. It would also mean a burgeoning friendship with M Deendayal, akin to him in age and social background, who encouraged the series as an admirer, patron and art gallery owner.

Deendayal first exhibited Reddeppa’s impressive and stylized work at the Ashoka Hotel in New Delhi in 1974, then at his own Aparna art gallery in Madras in 1983. More recently, he hosted a retrospective of Reddeppa’s work in Madras.

How did the great epic come to be captured on canvas? Naidu, relaxing at his modest home in Madras, replies, “Around June 1972, Deendayal read me a poem from the Stree parva ~ the Samsara Grahanam ~ which was translated into Telugu from Sanskrit in the 3rd century AD by Nanayyabhatt. He then requested me to do a painting based on it. I did one, which both he and his wife liked very much. Deendayal then suggested that I might like to do one for each parva.”

Reddeppa is one of the most respected contemporary painters in south India, a winner of the coveted National Award in 1962, a student of D P Roy Chowdhury and K C S Panicker at the Madras College of Arts and Crafts. He is currently Deputy Director (Design) as the Weaver’s Service Centre (WSC) at Madras (now Chennai).

Does his work in textiles draw him away from art? “There are no two ways about it. An artist remains an artist. He never goes completely into any other work,” replies Reddeppa, thoughtfully. “But the creative mind is common to both the artist and the textile designer. One complements the other. So, my primary object in taking up this job ~ besides the fact that it helps monetarily ~ is that it doesn’t affect my creative painting. It never distracts me from my canvas.”

Does the WSC re-connect him with Indian tradition? “If I had not joined the WSC, I would not have known the greatness of our tradition because our art schools are so western-oriented. Re-doing through the mind forms done by past people helps to contact the living mind of the past,” he responds, drawing lines in the air. “Contact with such textiles greatly benefits the creative artist. He is used to free-thinking on a canvas. The same application on paper ~ a bird or a flower or a design ~ is given the same aesthetic expression and gives the same joy. No doubt, in conceiving a complete plan for a saree, an artist cannot design as he likes. He has to think of how it will go on the loom. But after years of working towards this, he can finally bring his personality into the saree ~ in its colour, border, pallav, its totality. Ultimately, he may achieve a simplification of the process, as in a painting.”

Here are excerpts from an interview with Reddeppa, done in the context of the Mahabharata series:

How have your techniques and idioms evolved to bring you to this point in your art?

In the early 1970s, most south Indian painters were going through a romantic phase, greatly influenced by the French school of thought. This was reflected in my first two Mahabharata paintings. Earlier, in the Deity series which I began in the 1960s, I used dull colours, sensitive lines of modern expression and bright patches for emphasis. In their midst, I scripted relevant Sanskrit slokas. These were authenticated by a pundit, Ganesa Sastri, hired by Deendayal.

After the Samsara Grahanam, Deendayal suggested the Sauptika Parva as the next subject. After the final destructive battle, which nobody really won, Asvatthama watches an owl entering a crow’s nest and destroying all the young ones while the other surviving Kauravas ~ Kripa and Kritavarma ~ were asleep. Inspired by this, Asvatthama steals into the Pandava camp, encounters Shiva and obtains his sword, with which he kills all the sleeping Pandava sons. Then, he accompanies Kripa and Kritavarma to tell Duryodhana of the enemy’s annihilation.

(Pausing to gather his thoughts) These first two paintings in the series continued in the style of my Deity series. The artist has to find a vocabulary and colours of his own for the characters, and a philosophy for each parva. The question of the entire Mahabharata doesn’t arise. I had to choose an interesting poem from each parva and decide how to depict it.

In the third painting of the series ~ the Sabha Parva ~ I needed to depict Duryodhana, Arjuna and Bhima pictorially. At this stage, I moved away from my earlier romantic paintings and my colours became brighter. While doing the Sabha Parva, I had to search within for a way of portraying the attempted disrobing of Draupadi. I drew her praying to Krishna, and then a thought came to me. I drew Krishna’s Sri Chakra around her sari to protect her. It’s not very cinematic, but it’s very satisfying to have found such a solution.

You’d studied Telugu and Sanskrit when you were young in Andhra Pradesh. Have you always been familiar with the Mahabharata?

Not really, although I had read it in bits and pieces since my schooldays, seen it on stage and in films. Which edition did I finally use for the paintings? One I borrowed from Deendayal ~ a Telugu translation of the Mahabharata by Sri Mantri Lakshminarayanan Sastri.

The Mahabharata elevates and takes the mind to great heights. When you read all that philosophy, it is reflected in your lines, your colours. My challenge was to read the epic, yet to be free of the epic. Only then could I do a creative painting.

Look, I didn’t merely read the Mahabharata. I lived in it. In recreating it in a different medium, I lived through it. Today, I can talk consciously about the line, the colour and composition of the paintings. But, while I was working on them, it was all  unclear in my mind. I was trying to bring the unknown to reality. (Silent for a minute) Normally, one begins a venture with some expectations. The mind always works with a purpose, but I had to set myself free. I wasn’t painting for an award, or even for a customer. I could rise to the creative challenge because my mind was free of all preoccupations.

Was Deendayal responsible for setting your mind free?

He gave me absolute freedom. I was totally responsible for giving of my best. For each parva, I chose the incidents or episodes to be depicted. He didn’t interfere, not even to check on the progress of each painting, though I did show him a drawing on paper before I began each canvas.

After each of the 18 paintings was completed, he’d send a vehicle for it. Then, we’d sit together and discuss it.

How did you first meet Deendayal, an unusual patron in our competitive world?

In 1979, Deendayal came to see a mural I had done for the industrialist T. T. Vasu, in Madras. He appreciated it so much that he began to share with me his joy in Tanjore paintings and other art objects from his private collection.  We became friends. His faith in my talent saw me through the Mahabharata series. There was no commercial aspect to this, but total mind-to-mind communication, such as there is when you like a person very much.

Strangely enough, both Deendayal and I were about 40 when the Mahabharata paintings began in 1972. I feel that was the right age to get to know the great epic. By then, we already have some experience of life. Like me, he holds the conviction that the series should remain intact. He will never give away the series or break it up.

What were your first encounters with religion-based paintings?

The inspiration first came from a Muslim friend, Wazir Rahman, my classmate at the Kakinada High School. He wrote Telugu poetry.  One day in 1962, he said to me, “Look, Reddeppa, Balaji at Thirumala draws millions of devotees every year. I’m surprised that he does not seem to mean a thing to you.”

I began to paint Lord Venkateswara with the sankhu, chakram and naamam… I realised that there was immense material in Hindu iconography, waiting to be exploited by a serious and responsible artist.

(This piece is included in my 2004 book, 'Articulations: Voices from Contemporary Indian Visual Art, published by Rupa & Co.) 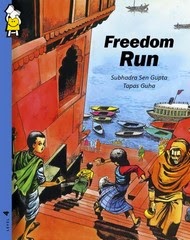